Stepping out of the home without wearing glasses is threatening... END_OF_DOCUMENT_TOKEN_TO_BE_REPLACED

Even if you have the eagle eye, there will come... END_OF_DOCUMENT_TOKEN_TO_BE_REPLACED

Wanna update your style? It’s 2020 and the fashion world... END_OF_DOCUMENT_TOKEN_TO_BE_REPLACED

The hippy trend is all about blending the vintage style... END_OF_DOCUMENT_TOKEN_TO_BE_REPLACED

Age is just a number, especially when it comes to... END_OF_DOCUMENT_TOKEN_TO_BE_REPLACED

Celebrities Who Look Different and Slay with Glasses

Well, this statement is so not true, especially after seeing so many hot celebs embracing this vision accessory. Some opt for contacts while some still grace their face with glasses and why not, the styles are just endless.

Some of our favourite celebs are typically known for their look with glasses while some celebs look completely different after evolving their style with glasses. It is like seeing these stars in a different avatar. We have become so used to watch these celebs without glasses, that just an eyepiece makes them almost unrecognizable.

We have listed such famous celebs who look totally different after wearing glasses:

We’ve got to admit that the style icon Kim Kardashian looks even more stylish wearing glasses.  Whether she needs them to shield the paparazzi lenses or just flaunt her transformed personality, Kim definitely pulls off this style with all grace and looks really different and sophisticated from her usual look with prescription glasses.

After being in the limelight as Victoria’s Secret Angel, the Australian model Miranda Kerr is now a globally-recognized face. We have to say, this woman wins the fashion game both with and without glasses. Miranda is also known as the queen of sunglasses. Her sense of style also reflects in her glasses choice. Undeniably she looks gorgeous donning her signature style butterfly glasses.

Jon Snow may know nothing but he definitely knows how to rock with a pair of glasses. The hunky actor is often seen sporting his prescription lenses and he surely carries the specky look quite well.

Glasses weren’t invented back in middle ages or we could have seen this Game of Thrones star flaunting it as the show as well.

We hardly see Justin Timberlake wearing glasses on stage but we’ve always seen him slaying with specs on the red carpet.  Not as a fashion accessory but this American singer wear glasses as a necessity for his poor eyesight. Right from old-school thick-rimmed frames to bold aviators, Justin Timberlake’s taste is eyeglasses is just impeccable. The star looks quite different on stage without glasses and off stage with glasses.

If without glasses she looks glamourous then wearing glasses make her look smart. Anne Hathaway has been seen rocking with glasses on the red carpet. The big square frames quite well match her personality and complementing it with a perfect eye makeup definitely adds the extra oomph.

The world-famous Gladiator has got the specs appeal. New Zealand born actor Russell Crowe mostly is seen flaunting Asian fit style glasses. The round and rectangular shaped glasses suit his personality.  However, he doesn’t portray a dramatic transformation but his specky look makes him certainly noticeable.

Glasses don’t fade her beauty at all, in fact, she looks more stunning and sophisticated. The Harry Potter fame, Emma Watson looks completely different but gorgeous with glasses. Though in the movie, we have always seen Harry Potter wearing the round glasses but off-screen, his co-star, Emma is the one who pulls her look with glasses very well.

The sleek pair of glasses worn by Emma reveals her inner book worm personality which is quite different from her prominent movie look.

Ever imagined Rihanna with eyeglasses? The pop sensation, fashion icon, Rihanna like every other look of her, very smoothly pulls off her look with glasses. Her airport diaries mostly comprise of glasses which makes her look simply flattering. Guess, bold black frames are her favourite.

The incredibly fascinating celeb, Andy Samberg love the spec game. He has been spotted with different glasses several times and cannot be denied, his choice in glasses is just too good. During press appearances, red carpet, Andy is mostly spotted sporting trendy eyewear.

Our very own British boy Spiderman ditching the modern-day contacts prefer eyeglasses.  When Tom Holland wears glasses, it doesn’t look like vision need but surely a fashion statement. The young actor is a real cutie and with glasses, he looks just cooler.

Many stars have been spotted in glasses several times. Glasses are now delightfully a modern-age accessory. If you want to experience a makeover at a pocket-friendly price, you can try embracing eye-catching eyeglasses. 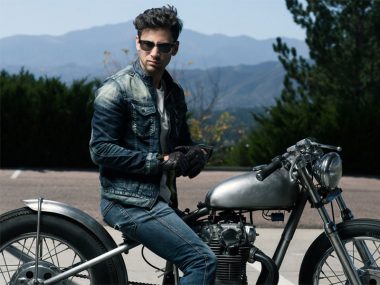 Read More
Vrroooom!!! The sound of motorcycle exhaust, wind hitting your face while riding, not only the bikers, I am…
Read More
0
0
0 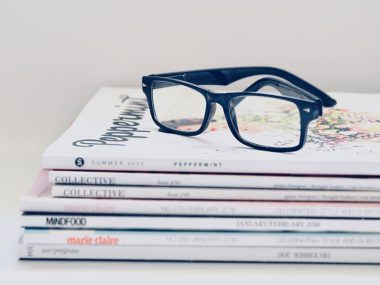 Read More
Confused how the big geek glasses will look nerdy or stylish? Well we can simply state that the…
Read More
0
0
0 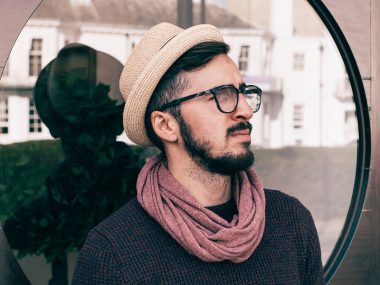 Read More
Shopping??? Yeah, we know how much men are unfriendly with this activity. But when it comes to safety…
Read More
0
0
0 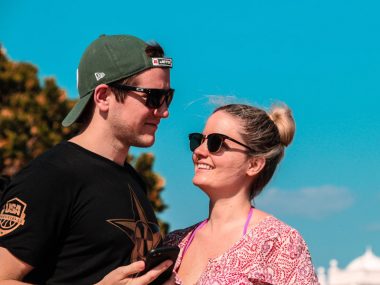 Read More
Your pair of shades – Either you love it or are absolutely obsessed about it. No matter if…
Read More
0
0
0 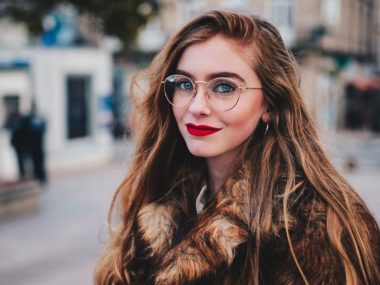 Read More
Don’t hide your beauty behind the frames! Just wear right make-up and let your face shine even with glasses.…
Read More
0
0
0 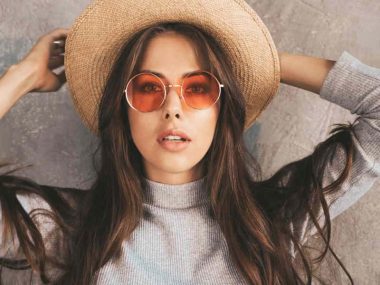 Read More
Wanna update your style? It’s 2020 and the fashion world has already spoken about the latest trends. Do…
Read More
0
0
0